A lot of kids have the luxury of being driven in a warm car or bus to a good school nearby. This is not the case for the children in this gallery.

The following photos are snapshots of the treacherous trips kids around the world take each day to get an education. Considering there are currently 61 million children worldwide who are not receiving an education—the majority of which are girls—these walks are seen as being well worth the risk.

The most remote school in the world – Gulu, China 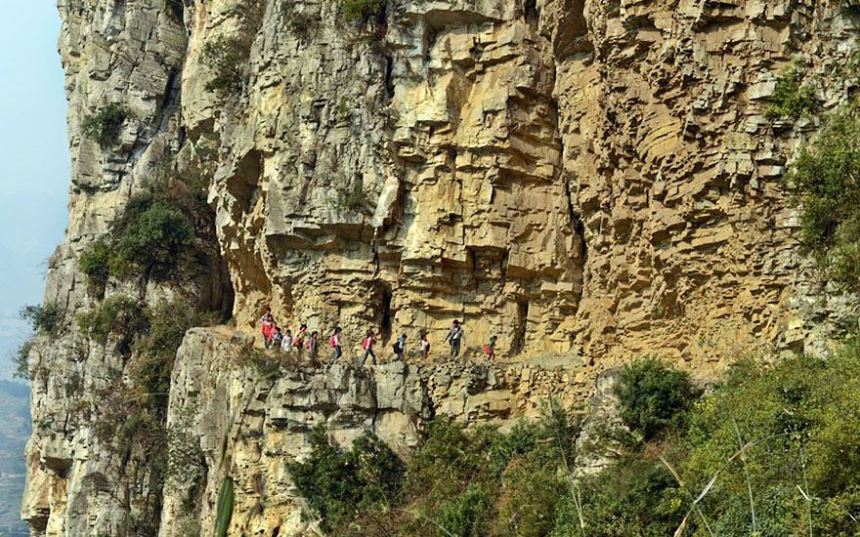 5-hour journey into the mountains on a narrow path to probably the most remote school in the world, Gulu, China. Image credits – Sipa Press 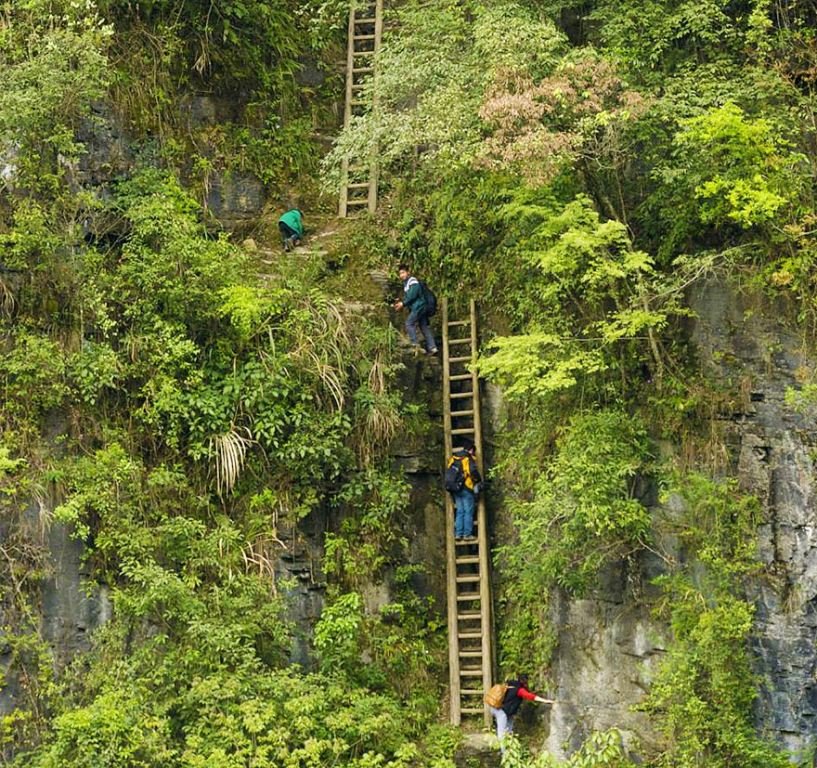 Anxious parents of ‘Zhang Jiawan’ village have no other choice rather to let brave school-children clamber down these dangerous ladders if they want to get an education .. as the school situated in valley below. Image credits – Imaginachina/Rex Features

Kids traveling to a boarding school through the Himalayas 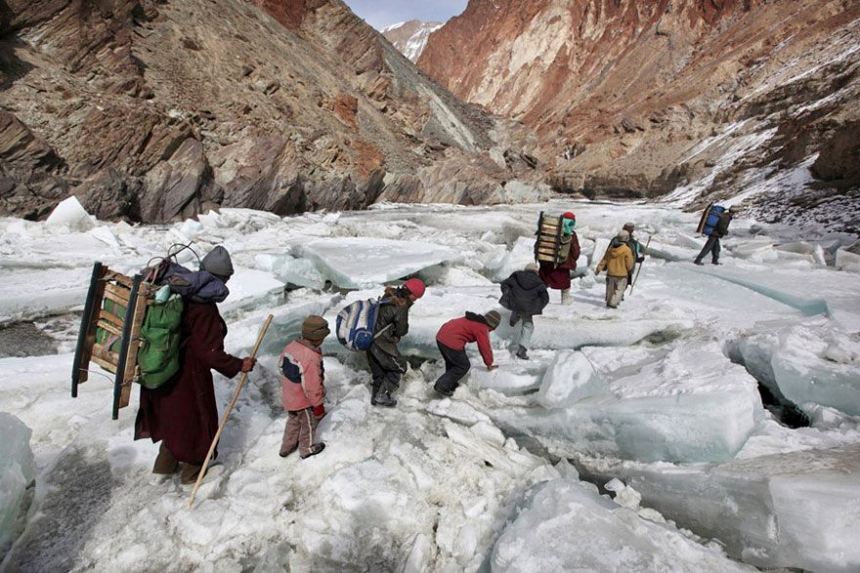 125-Mile journey to a boarding school in China

125-Mile journey to a boarding school through the mountains, Pili, China. 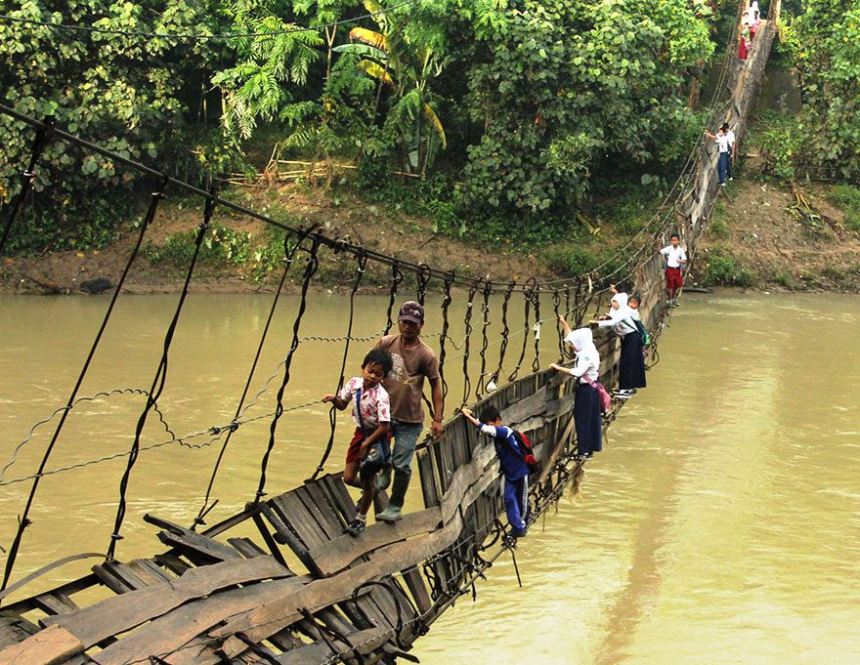 After the story spread, Indonesia’s largest steel producer, PT Krakatau Steel, built a new bridge, so that the children could cross the river safely.

Pupils canoeing to a school in Riau, Indonesia 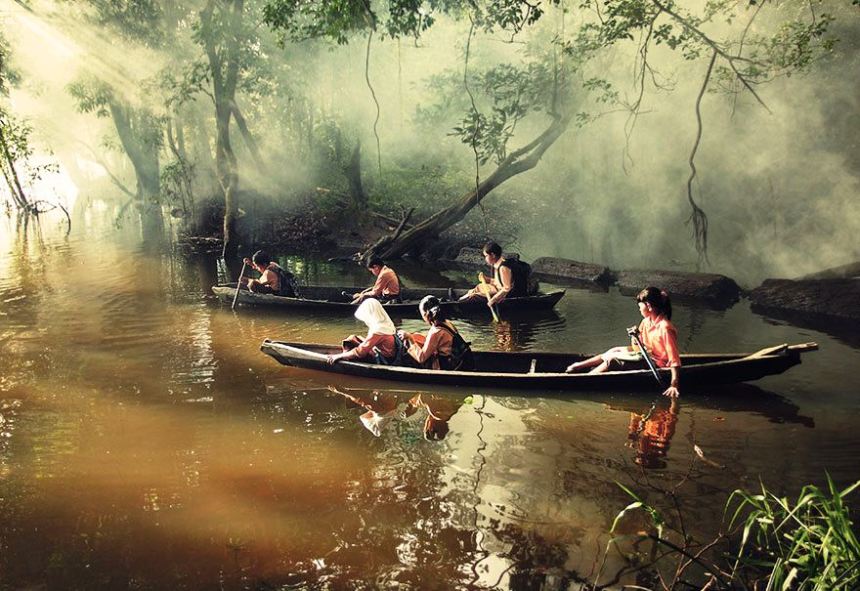 Riding auto rickshaw to a school in Beldanga, India 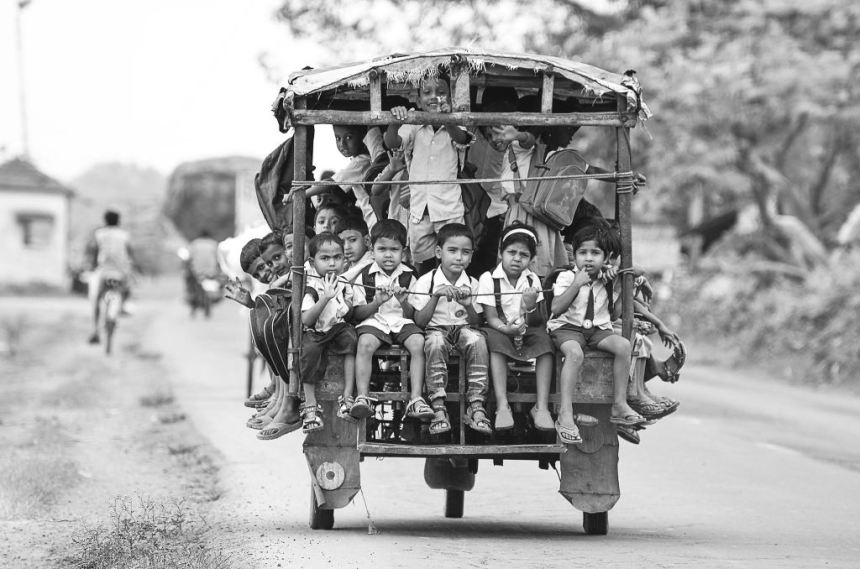 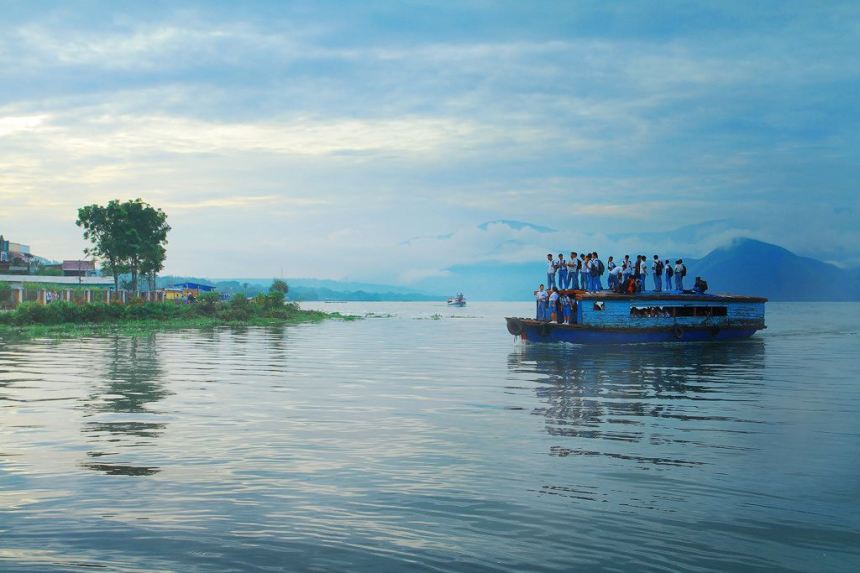 Children traveling on the roof of a wooden boat in Pangururan, Indonesia. Image credits – Muhammad Buchari

Schoolchildren riding a horse cart back from a school in Delhi 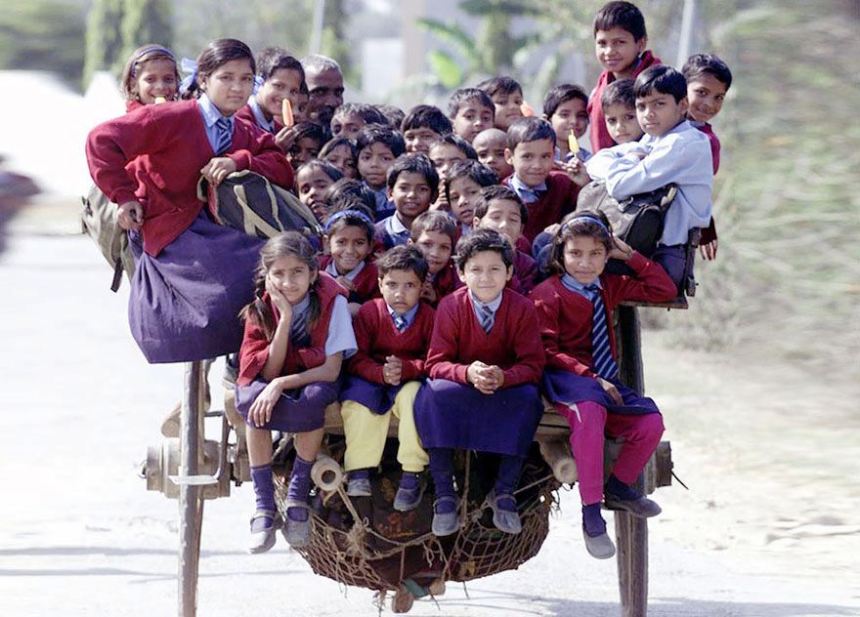 Schoolchildren riding a horse cart back from a school in Delhi, India. 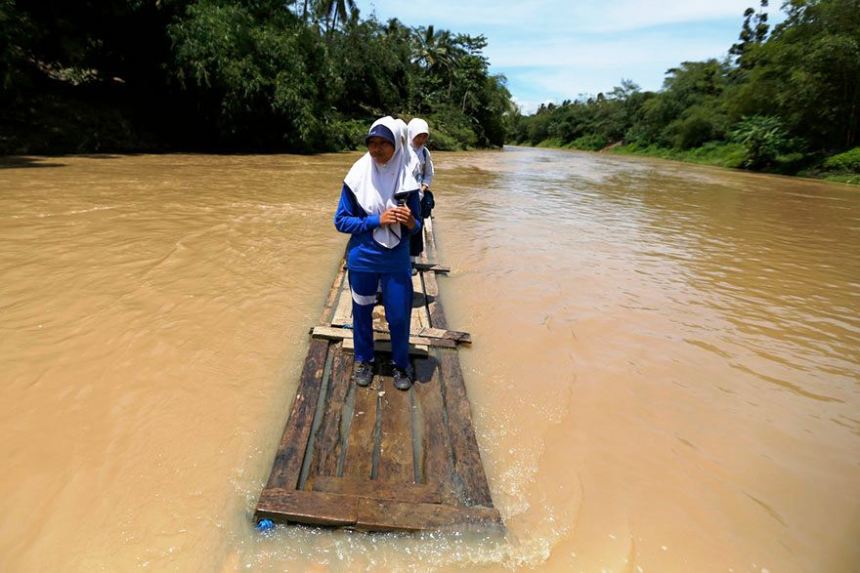 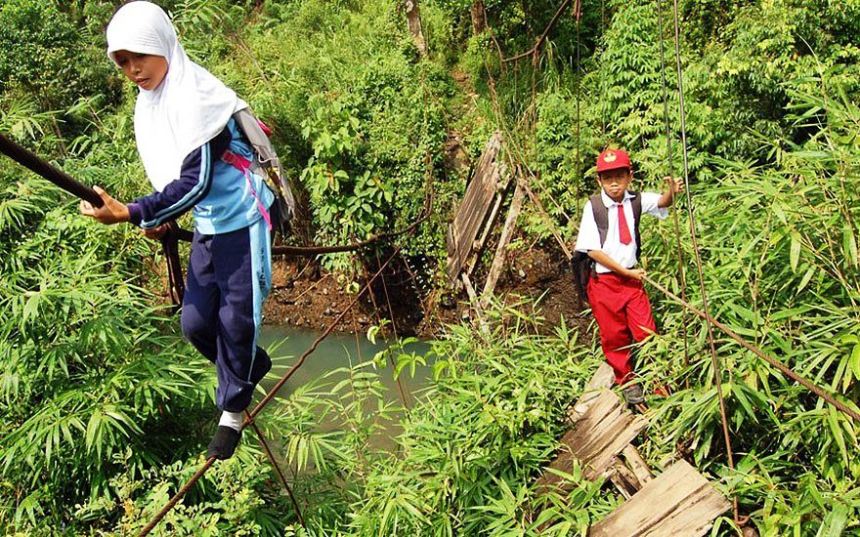 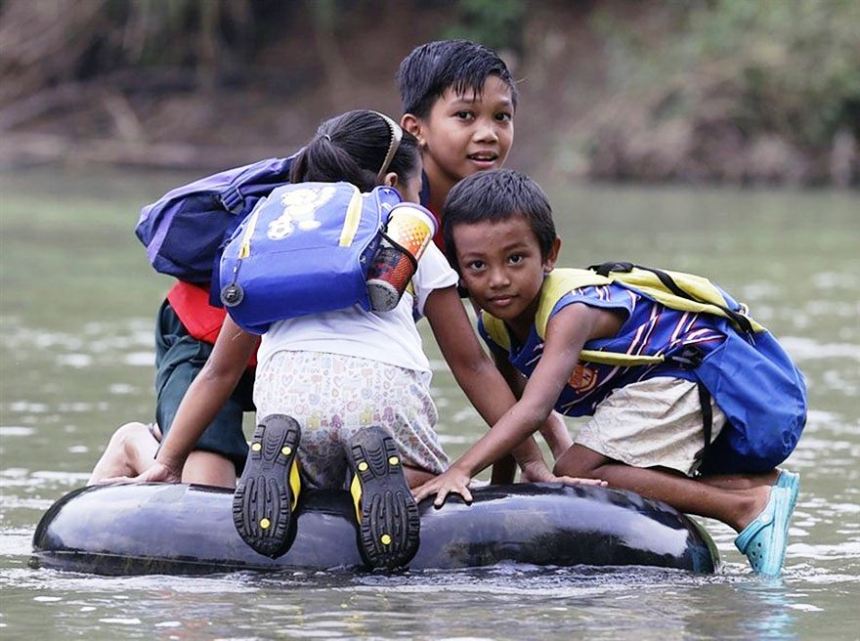 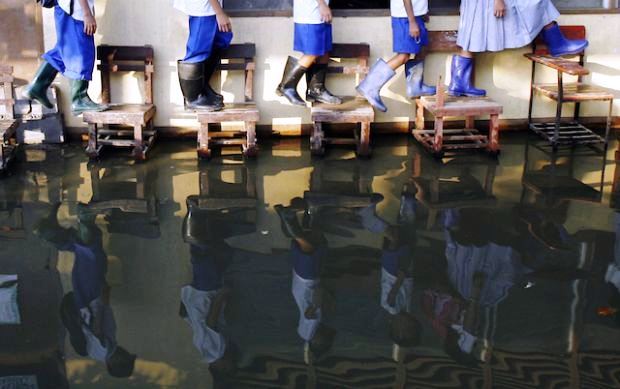 Students wearing rubber boots use chairs as a makeshift bridge to get to a classroom at their elementary school in the Taytay, Rizal province, north of Manila in the Philippines. Teachers claim that the school grounds, built on a former garbage dump site, have no drainage and are constantly inundated with water. Image credits – Romea Ranoco/Reuters 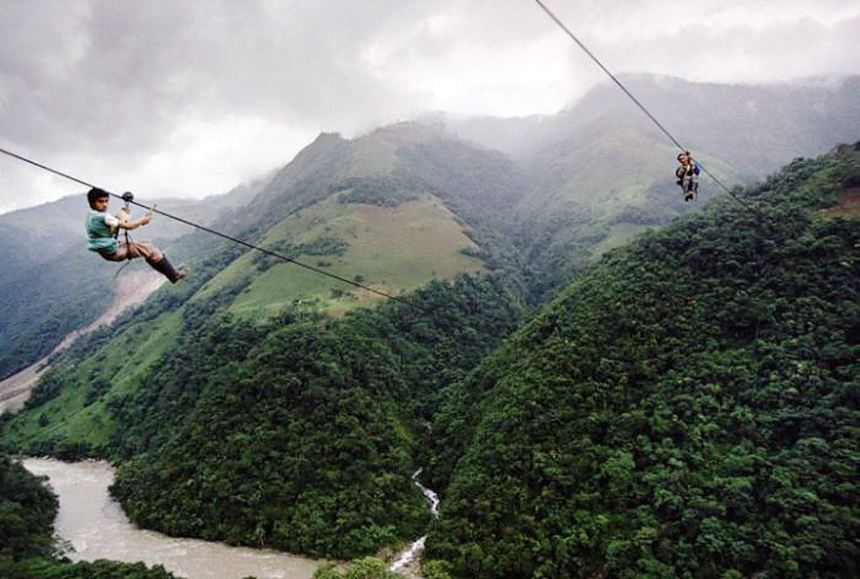 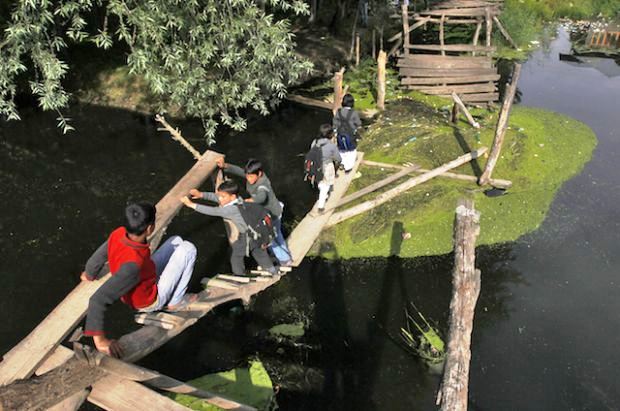 Kashmiri children cross a damaged footbridge built over a stream in India. The kids are on their way back home from their school in Srinagar. Image credits – Danish Ismai/Reuters

According to UNESCO, progress in connecting children to schools has slowed down over the past five years. Areas that lack suitable school routes can often flood, making it even harder for kids to commute. Dangerous paths are one of the main reasons why many children decide to quit school.