November 9, 2014 marks the 25th anniversary of the Fall of the Wall. On this day the world’s eyes will look at Berlin once again. 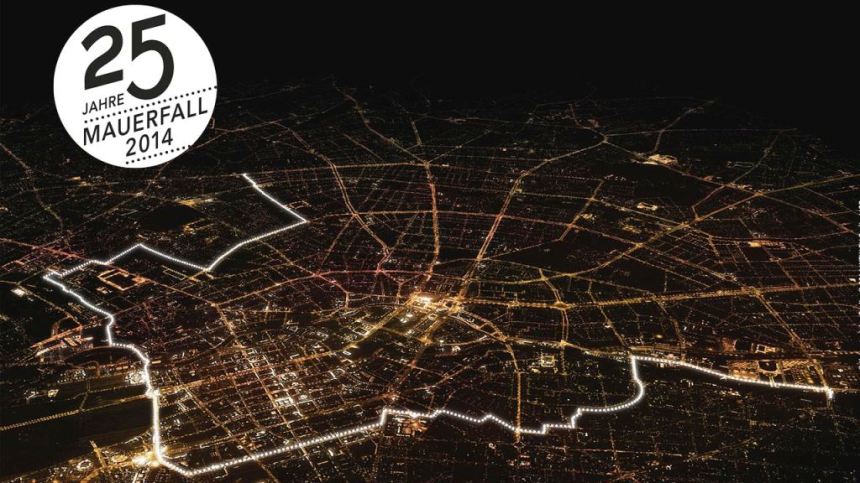 To celebrate the 25th anniversary of the fall of the Berlin Wall, the LICHTGRENZE (The Border of Lights), an extraordinary light installation, is produced, following the former route of the so-called Berliner Mauer.

For 28 years, the Berlin Wall separated the German capital into east and west and became the symbol of a divided Germany. And it has been almost equally as long since the wall was opened as a result of political changes on the evening of November 9, 1989. That momentous event enabled the reunification of Germany and the abolition of the longstanding divisions in Europe.

From the 7th – 9th of November the 15.3 kilometer frontier that once divided the city center is re-imagined in light by the 8000 battery powered balloons. Running through the center of Berlin, from Bornholmer Straße to the Oberbaumbrücke, the installation stretches past the Mauerpark, along the Berlin Wall memorial on Bernauer Straße through to the Brandenburg Gate, over Potsdamer Platz to Checkpoint Charlie and on to the East Side Gallery. The brothers Christopher Bauder and Marc Bauder conceived the idea of the LICHTGRENZE in 2011.

And those who can’t be in Berlin during the days surrounding the 9th of November celebration, will still be able to experience and learn about the division of Germany through our year-round language programs in Berlin – please click here for more information.

25 Years Fall of the Wall